Phycom Algae on the menu 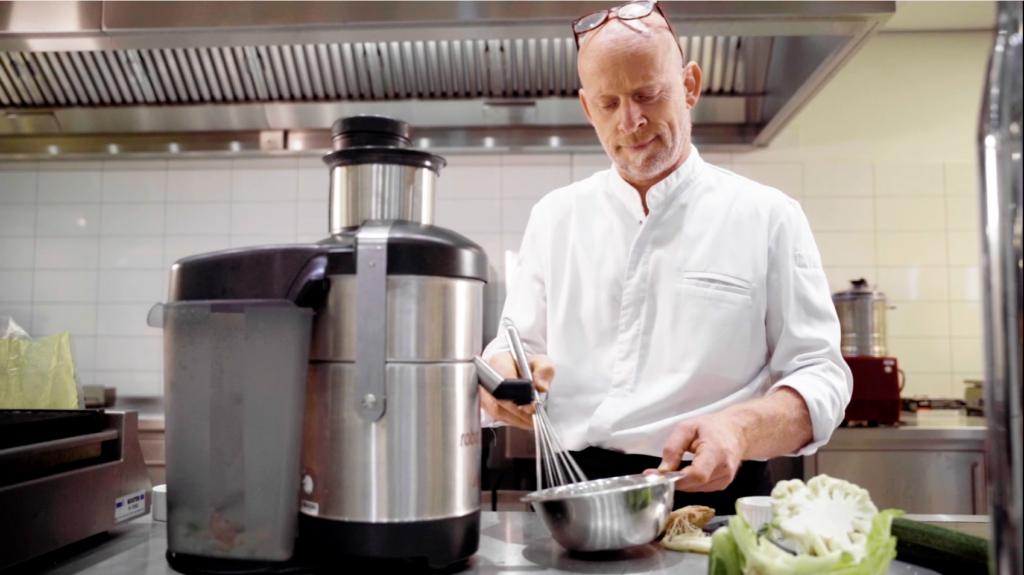 APRIL 2021 – To better inspire product developers, there has been collaboration with two chefs in recent months to bring out the use of algae in food. Bas (Cloo & Leyn) and Joris (the vegetable chef) have worked from the food forest in Doorn to bring out the properties of algae. The assignment was not […]

Research published: Wageningen UR – addition of 0.8% algae to feed 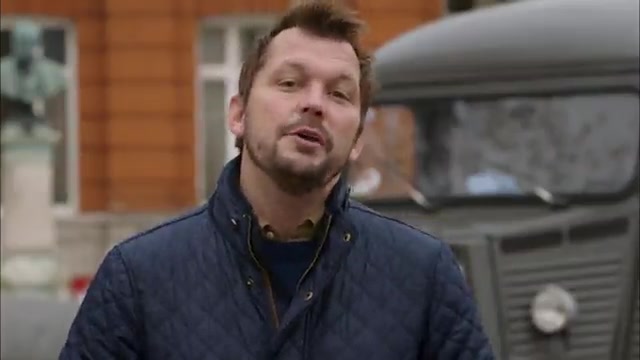 MARCH 2014 – In this three-part series, farmer Jimmy Doherty travels worldwide to discover how the super-efficient global network that brings us our weekly food is affecting prices. Focusing on one meal in each episode – breakfast, lunch, and dinner – he discovers how the cost of food might be influenced by the big issues […] 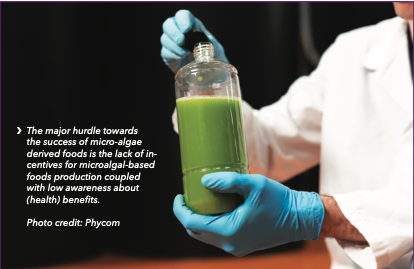 SEPTEMBER 2019 – The World Of Food Ingredients magazine invited Phycom to share its insights on microalgae cultivation and its challenges. One general Microalgae challenge is that algae companies still face technology and cost issues. The INDUSTRY INNOVATION section of the magazine addresses the hurdles of the market and the unique Phycom technology. And, Phycom […] 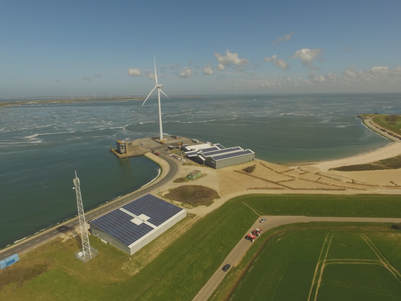 JUNE 2019 – On the 18th, Phycom officially joined the Aqua Valley Consortium. This approval followed the positive vote at the last partner meeting. After various constructive introductory talks with existing Aqua Valley partners, Phycom appears to be a suitable addition.Aqua Valley is a large-scale project in which companies and research institutions active in aquaculture […] 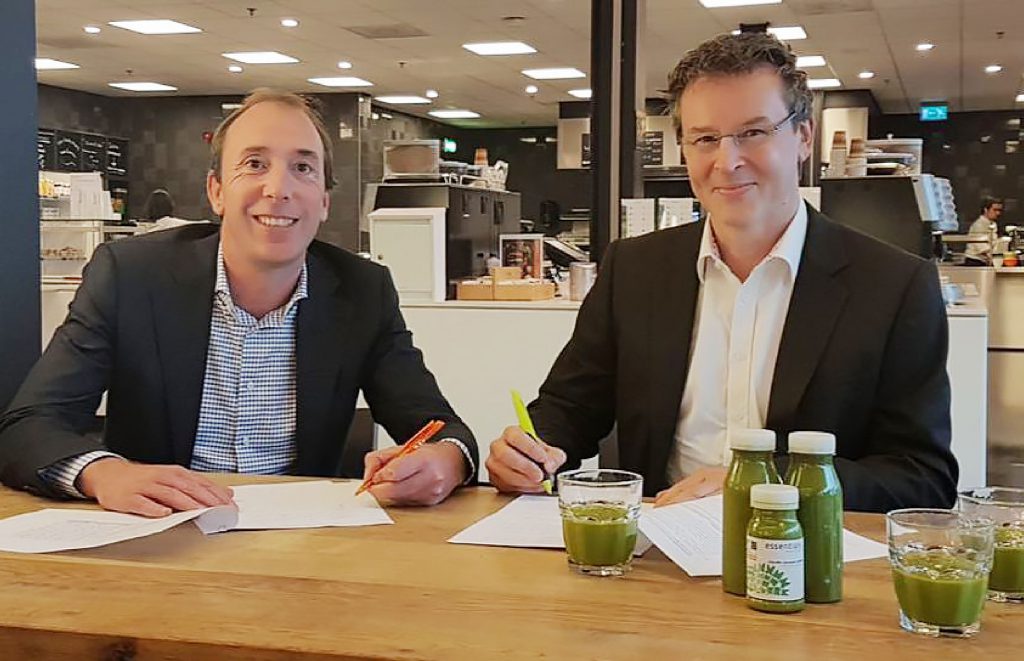 OKTOBER 2017 – The official development of the Essentials™ fruit juice was signed at the Elite sports restaurant of Papendal on September 18th. Directors Jochem Schellens (Sportcentrum Papendal) and Erwin Houtzager (Phycom) signed a cooperation agreement. Essentials™ fruit juice is a series of three chilled vegetable-fruit algae juices, each with a different nutritional focus. The […]

DECEMBER 2020 – Phycom is honoured with the approval of the MULTI-STRE3AM project. The Bio-Based Industries Joint Undertaking (BBI-JU) catalysts a sustainable bio-based economy in Europe. The BBI-JU project aims for a sustainable multi-strain, multi-method, multi-product microalgae biorefinery integrating industrial side streams to create high-value products for food, feed and fragrance. As a biomass producer, Phycom benefits significantly from participating in […]

Research Results of in vitro study published by Wageningen UR Livestock 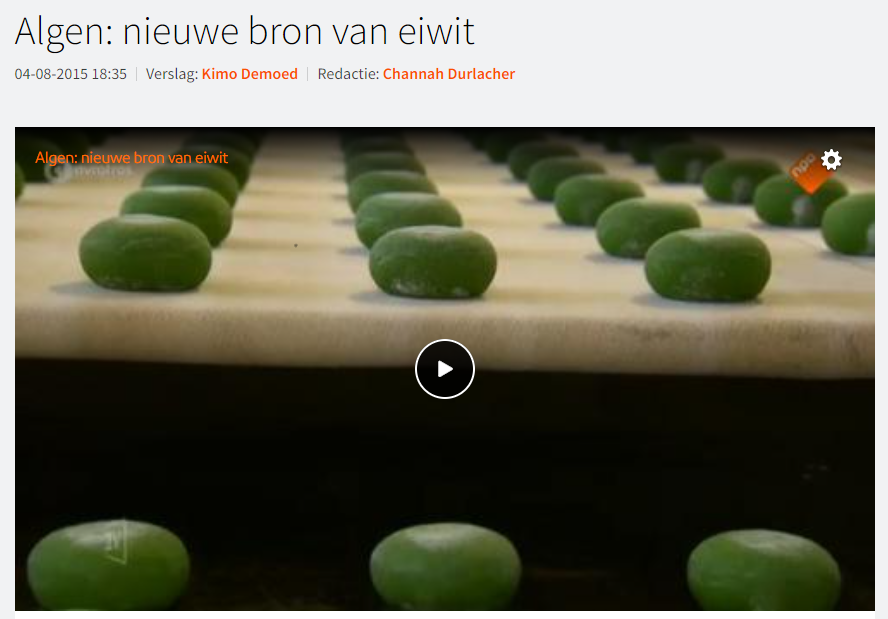 In 2015 EenVandaag released the 5-part series ‘9 billion mouths’, about food.  Reporter: Kimo Demoed| Editorial: Channah Durlacher They make the bathroom dirty, you can get sick, and at high temperatures it kills fish. Algae, is a plant (red. micro crops); that most people don’t care much about. We generally deal with them with the […]

Algae for animals
Algae for people 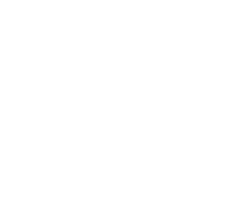